After Colleyville: Discussing Trauma, Security, and Safety with Students

David Bryfman, CEO of The Jewish Education Project, Dr. Betsy Stone, and Rabbi Elizabeth Zeller will discuss how educators can take care of themselves while also discussing trauma and security and safety concerns following the events of January 15, 2022, at Congregation Beth Israel in Colleyville, Texas. 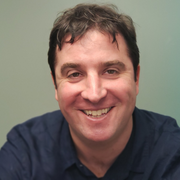 Dr. David Bryfman is the Chief Executive Officer (CEO) of The Jewish Education Project. After working in formal and informal Jewish educational institutions in Australia, Israel, and North America, David earned his Ph.D. in Education and Jewish Studies from NYU, focusing on the identity development of Jewish adolescents. David has authored several articles and presented broadly on topics ranging from the Jewish teenage experience, innovation and change in Jewish life, Israel education and more broadly about Jewish education. He is a founder of the annual Jewish Futures conference, helped direct the 2019 study  GenZ Now: Understanding and Connecting with Jewish Teens Today, and was the lead researcher of the groundbreaking 2016 study, “Generation Now: Understanding and Engaging Jewish Teenagers Today,” and editor of “Experience and Jewish Education,” a compendium of essays written by and for Jewish experiential educators. David is a member of Cohort Three of Leading Edge's CEO Onboarding Program. He is an alum of the Wexner Graduate Fellowship Program and the Schusterman Fellowship. 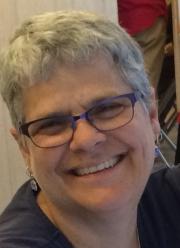 Dr. Betsy Stone received her Doctorate in Psychology from Yale University. She is a psychologist and for the last seventeen years has served as an adjunct lecturer at Hebrew Union College - Jewish Institute of Religion. Her classes include Human Development for Educators, Adolescent Development and Teens In and Out of Crisis. She also teaches a family education class in her synagogue, Temple Sinai of Stamford, for 6th and 7th graders and their parents, and likes to travel and teach about teenagers and their families. Betsy’s book, Happily Ever After, was published by Random House. 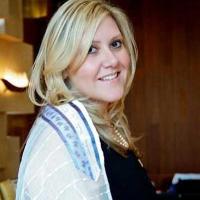 Rabbi Elizabeth Zeller is originally from West Lafayette, Indiana and is a graduate of Hebrew Union College – Jewish Institute of Religion (HUC-JIR) in Cincinnati where she was ordained in 2009. She also holds a Masters in Hebrew Letters from HUC. She holds a B.A. in Jewish Studies and Political Science from Indiana University where she graduated Summa Cum Laude and was inducted into Phi Beta Kappa. Her prior congregational experience includes Temple Beth El (Tacoma, WA) and as the Associate Rabbi Educator at The Reform Temple of Forest Hills (Queens, NY) where she developed and expanded youth programs, young family engagement, and outreach. Most recently, Rabbi Zeller has been the Director of Learning and Innovation for NFTY, the Reform Youth Movement, where she has worked with teens and staff from across the country to develop and implement programmatic vision and engagement for Reform Jewish teens.