FOR THE SAKE OF ARGUMENT 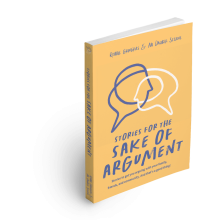 For the Sake of Argument invites you to learn the lost art form of engaging in a productive argument through stories directly or indirectly involving Israel. Learn a new approach to Israel education: one that leans into the arguments that arise when Israel’s complexities are addressed. Master facilitators and expert Israel educators Abi Dauber Sterne and Robbie Gringras have transformed the contentious topic of Israel into a learning opportunity.

This 4-part workshop webinar provides a framework to engage in a productive and positive argument. The goal of the workshop is not to learn how to win an argument, but rather how to open oneself to and appreciate the positive outcomes of having this type of conversation. Whether this is for you and your family, your classroom, your staff or board,this approach is immediately transferrable to other learning environments.    The most effective and honest way of learning about Israel’s arguments is by empowering the learner to join in.

Through this program, you will:

*** facilitated by Robbie, Abi, and Noa

Jewish educators from across North America are invited to join this training series, where you'll have the chance to connect with colleagues, gain new skills, and explore how to work with arguments in your approach of Israel. The sessions will include:

1.    Engaging Through Argument or Consensus? | Through an in-depth exploration of healthy and unhealthy arguments, we will begin to lay the groundwork for a new model for engaging with Israel.
2.    Stories for the Sake of Argument | We will introduce specially-written stories, and begin to learn how to use these stories to engage with the complexity of Israel.
3.    Stories for the Sake of Argument, Part 2 | We will introduce a few new stories, and workshop different kinds of arguments that arise. Participants will be invited to practice what they’ve learned by presenting an argument story at home or at work before the final session.
4.    Reflecting on Stories for the Sake of Argument | Participants will have the opportunity to share how their teaching went and will be given an opportunity to workshop and troubleshoot this new pedagogy together, developing a community of practice.

All participants will receive a complimentary copy of the newly released book, For the Sake of Argument.

We are able to keep the costs low due to the generous support of UJA-Federation of NY.Financial commitment should not be a barrier to participation. If you need financial assistance, please email Noa (nkolomer@jewishedproject.org) 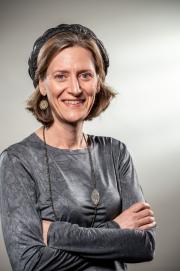 Abi Dauber Sterne | Abi Dauber Sterne has worked in the United States and in Israel as an educator and organizational leader for more than twenty years. Throughout her career, her focus has been on deepening people’s Jewish experiences, while also promoting a deep pluralism among those who live in community together. Through her roles in senior management at two international organizations—Hillel International and The Jewish Agency for Israel’s Makom—she has relationships that span the globe. She has worked with rabbis, students, educators, and organizational leaders around the world. 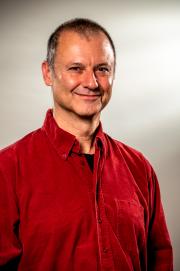 Contact Noa Kolomer at nkolomer@jewishedproject.org with any questions or for more information.