If ChatGPT can write a lesson plan and a bot can be your hevruta, what does the quickly evolving world of Artificial Intelligence mean for the field of Jewish education? Join The Jewish Education Project, keynote speaker Dr. Robert Geraci, and our team of AI companions to explore what we need to know about AI in a hands-on, immersive environment that will challenge our assumptions and norms. What does this technology mean for us today, and how will we partner with it to create the reality of tomorrow?

Stay tuned to this page for updates as they become available. 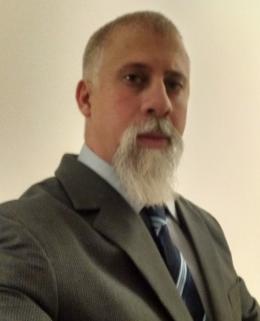 I’m Texan, but living, teaching, and writing in New York City. I’m pretty sure that everyone loves robots, which is why I’ve written a book about them. People love games too, so I wrote another book.  I’m also interested in the toadstool circles, the ancient temples, the soaring cathedrals of our religious imagination. Likewise, the dark tunnels of mining and rapid transit. I visit mountains, deserts, temples, laboratories, factories, virtual realities…the places where magic enters the world.

Thanks to a Fulbright-Nehru Research Award, I spent 5 months at the Indian Institute of Science in Bangalore, where I interviewed dozens of scientists in academia, industry, and hacker culture. The book is published by Lexington Press (an imprint of Rowman & Littlefield). It offers new insights into contemporary India and into methodology in the study of religion, science, and technology.

In 2018-19, I was back on sabbatical and back in India–once again under the auspices of a Fulbright-Nehru award. I was affiliated with the National Institute of Advanced Studies, and I conducted research for a new project investigating the contemporary culture of traditional handcrafts.

Overall, my interest is in how we use technology to enchant and give meaning to the world. To study this, I use ethnographic fieldwork, methods from science & technology studies (especially actor-network theory), literature (science fiction) studies, and the hodgepodge of methods that all of us in “religion and science studies” put to use. Within the study of religion and science, I am a Fellow of the International Society for Science and Religion.